The matrix density or a rock (RHOM or ρm), is the density (mass/volume) of all collected solid components of the rock. This must exclude all connected or unconnected inner pore spaces and their fluids, and trapped fluids inside some minerals like clays. Hence, the rock matrix consists only of the frame of rock grains, the cements that join them, and dry clays.

→ How can RHOM ρm be estimated?

There are three major techniques to estimate it: 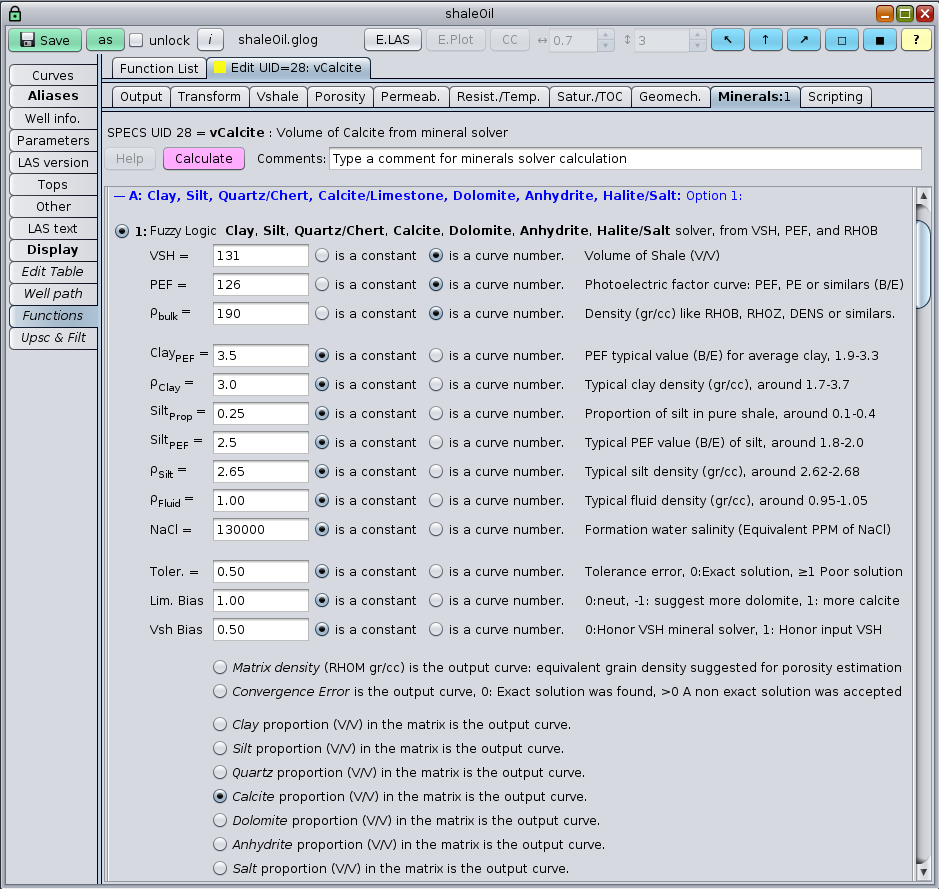 The panel to estimate RHOM from neutron porosity and bulk density 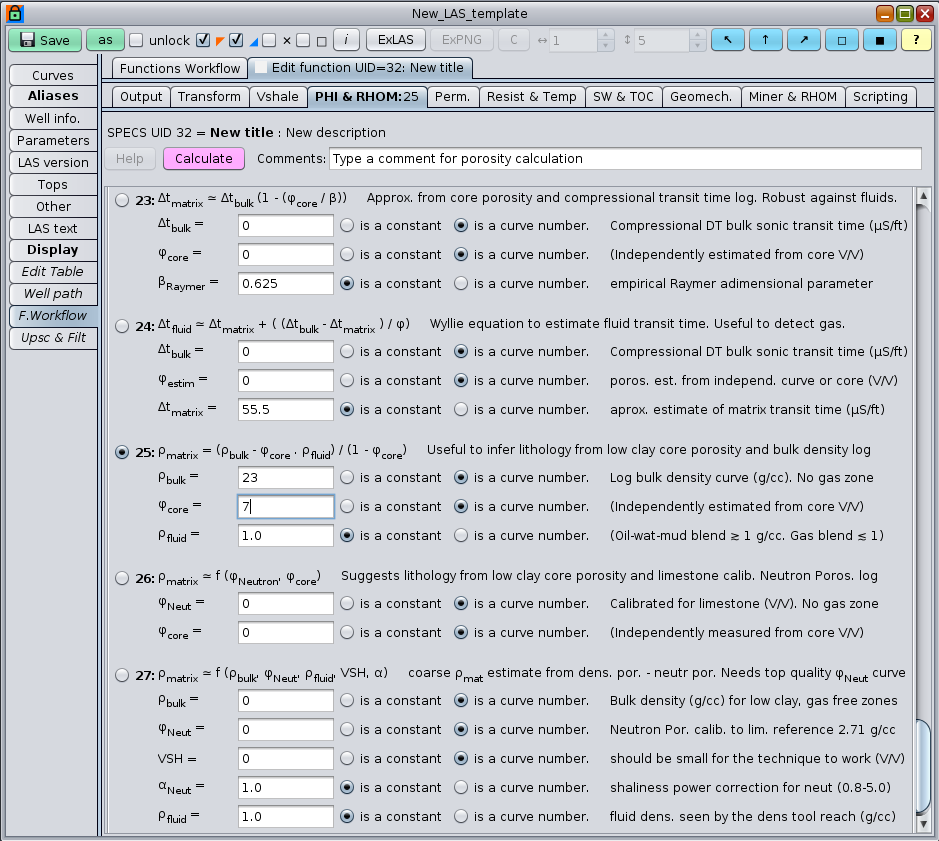 
The next figure below shows a log plot where the matrix density RHOM was estimated combining the curve bulk density RHOB from the log, and the core porosity lab measurements (function 25 above). This is a different well from the former log plot example, which lacks of core data, yet the combined data source technique successfully detects the correct depths for the high density dolomite markers, even without using a mineral solver like the former well. 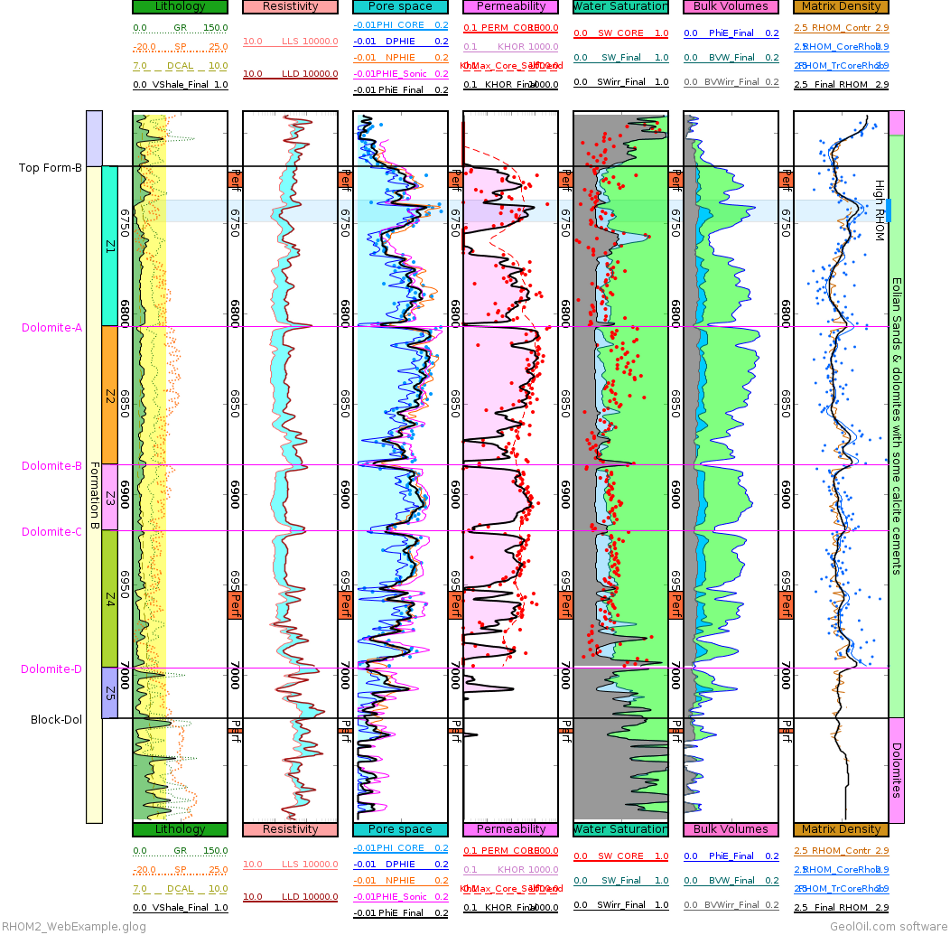