GeolOil - How to detect Gas caps from well log curves

By: Oscar Gonzalez, GeolOil LLC. This paper was first published on May 2020 on the website geoloil.com

The Gas Cap of a reservoir is the top zone that contains gases like methane CH4, ethane C2H6, carbon dioxide CO2, or a blend of gases. Because of gravity, gas accumulates in the top. Beneath the pure gas zone, a transition zone with gas and oil may appear, then an oil zone, an oil-water transition zone, and finally a pure water zone, occasionally an aquifer. The Water Oil Contact WOC, is the shallowest depth for which 100% of effective water saturation SWe is found.


Because of gases high compressibility, thick gas caps help to maintain reservoir pressure. There is no free movable water in the pure gas zone, but water can be present as bounded water and connate water saturation.


Eventually, the irreducible water saturation in the lab can be quite small if enough pressure is applied. That's why the capillary pressure tests should be run as closely as possible to the natural in-situ reservoir conditions to measure the correct value of the connate water saturation.

1. The difference on the porosity estimates between neutron porosity and density porosity.
2. The estimation of the fluid transit time ΔTf through sonic logs.
3. A change on the slope of the vertical stress.

A gas cross-over between neutron porosity and density porosity, and an increase in the fluid transit time


On the other hand, the density porosity may slightly over-estimate the porosity in the presence of gas: If a default fluid density around 1.0 grams/cc is used instead of the correct lower ρfluid fluid density in the pore space close to the wellbore wall —a mix of the mud filtrate and gas seen by the bulk density tool—, the density porosity φDensityT will be over-estimated from the bulk density equation   φDensityT = (ρmatrix - ρbulk) / (ρmatrix - ρfluid) = φTotal.

The combined effects or an over-estimated density porosity, and an under-estimated neutron porosity, generates the classic porosity cross-over effect seen on log plots. In the figure above, it is the orange fill on the pore space track. If the bulk density curve is not available or not reliable, a cross-over between the neutron porosity and a φRxo porosity estimate from the flushed zone resistivity might work —the thick red curve on the log plot above—. 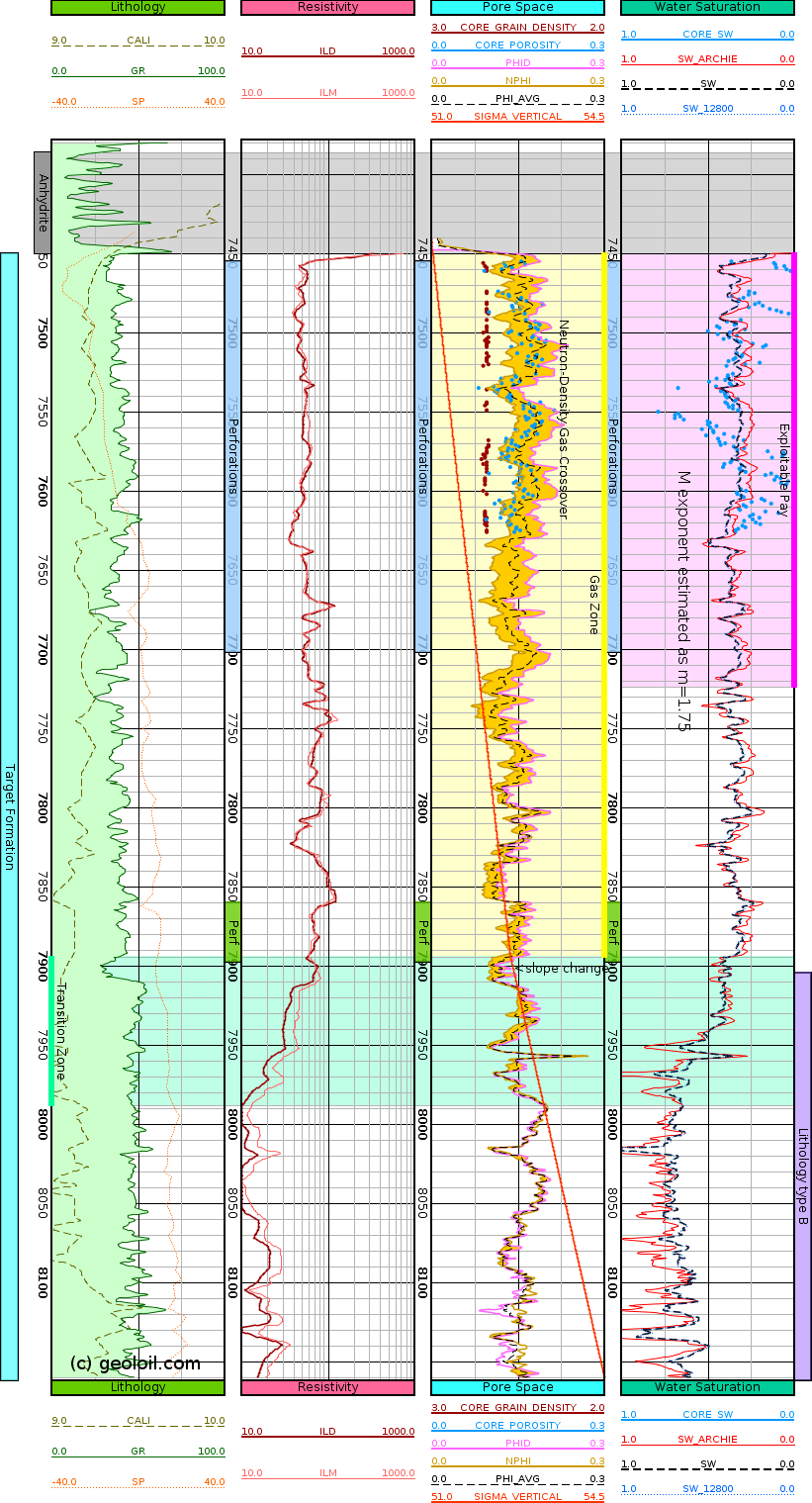 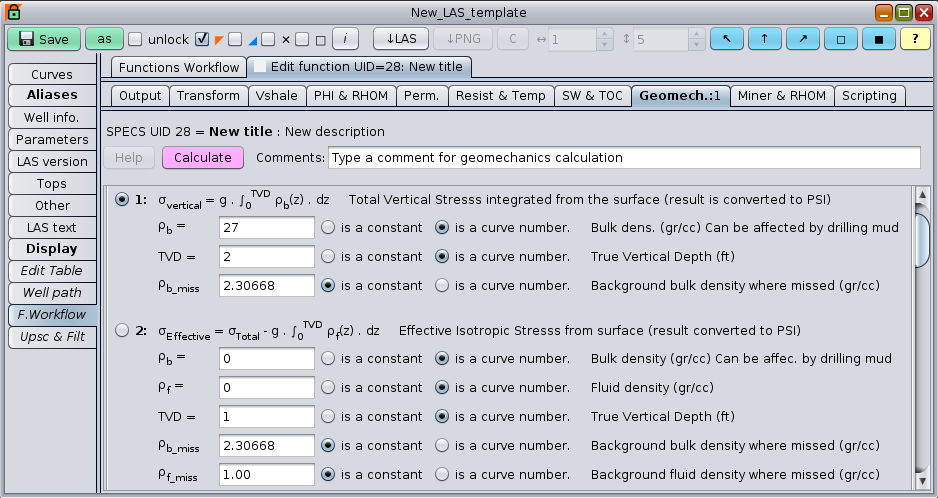 The neutron porosity log provides similar readings in clean rocks with oil or water (but not in gas, as discussed before).

However, hydrocarbons have a larger average separation distance between Hydrogen atoms than those of water, which helps to volumetrically compensate the hydrogen count. Also, the inclusion of irreducible and free water with oil, makes the fluid mix to have the same porosity reading for practical purposes. As a matter of fact, on clean reservoirs, both neutron and density porosities provide essentially the same estimates either in aquifers or oil zones.