Curve calibration is the process that transforms an original curve signal y=f(x) from "unreliable" or undesired magnitudes to a "more correct" or better suited t=g(x) values that fits a purpose. It includes changes to the original signal range to a desired range output, and corrections to the curve. A mapping calibration function cal(•) is a strict monotonic function applied to the original curve signal points {yi}i=1,2,...,n that produces a final transformed signal {ti}. That is, t = cal (f(x)). Since cal(•) is an invertible function, there is no loss of information as the signal y can be restored by y = cal-1(t). 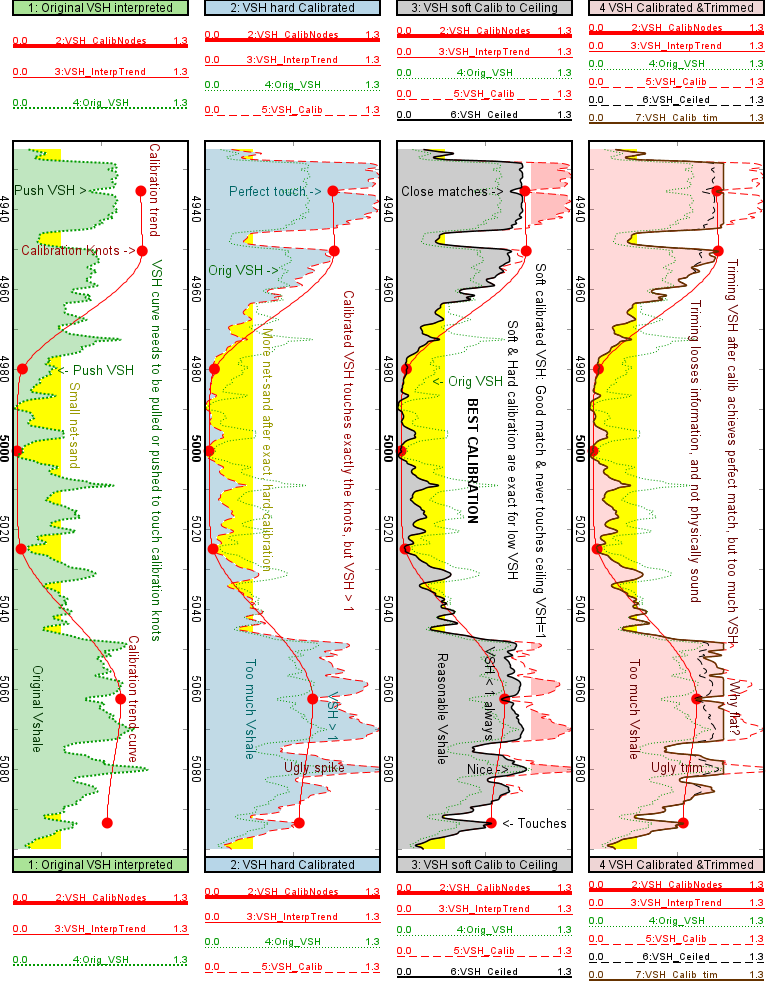 
The image above shows in the green first track, an original Vshale curve VSH=f(depth) with accuracy issues. The depths above MD=4,960 ft have lower than expected VSH values. This zone is known to be a sealing cap rock. The correct values of VSH at the red knot depths of 4,935.5 ft and 4,950.5 are thought to have shale volumes of around 95% and 96%. The zone from depths 4,980 to 5,025 ft have higher that expected VSH values, the zone is known to have very clean rocks with VSH 3%-5%.


The green original poor VSH curve needs to be calibrated with a process that satisfies the five GeolOil Soft-ceiling calibration principles:


The blue second track shows a depth adaptive proportional transform that fails on its attempt to calibrate VSH: although it succeeds to pass exactly over all the red calibration knots and follow the trend curve, it completely fails to honor the physical maximum of VSH, that should never exceed 100%. The last pink track is essentially the same as the blue second one, but trims or limits VSH values greater than 100%, yielding an artifact, non-realistic flat behaviour that completely looses all information for very shaly rocks. Both the blue proportional transform, and the pink trimmed curves fail to shrink VSH values for high magnitudes. Hence producing quite large volume of shale over-estimations. 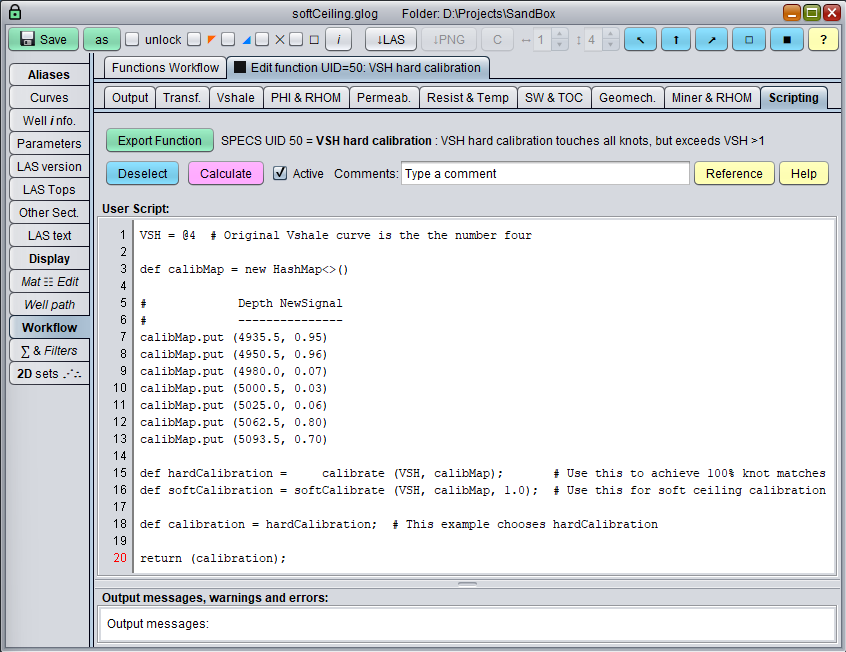 Script to calibrate curves using a proportional transform. Choose softCalibrate() to use the GeolOil Soft-ceiling calibration instead

Instead of typing the above minimalistic short script to apply the GeolOil soft-ceiling algorithm, you may prefer to use a GUI window, like the one shown below. First compute a "hard calibration" of the original curve, and then dynamically compress the curve to asymptotically reach its maximum physical value or "ceiling". By "soft" we mean that the maximum is only reached for very large signal values, but it is never exactly touched —in math, the maximum ceiling is called the "supreme"— 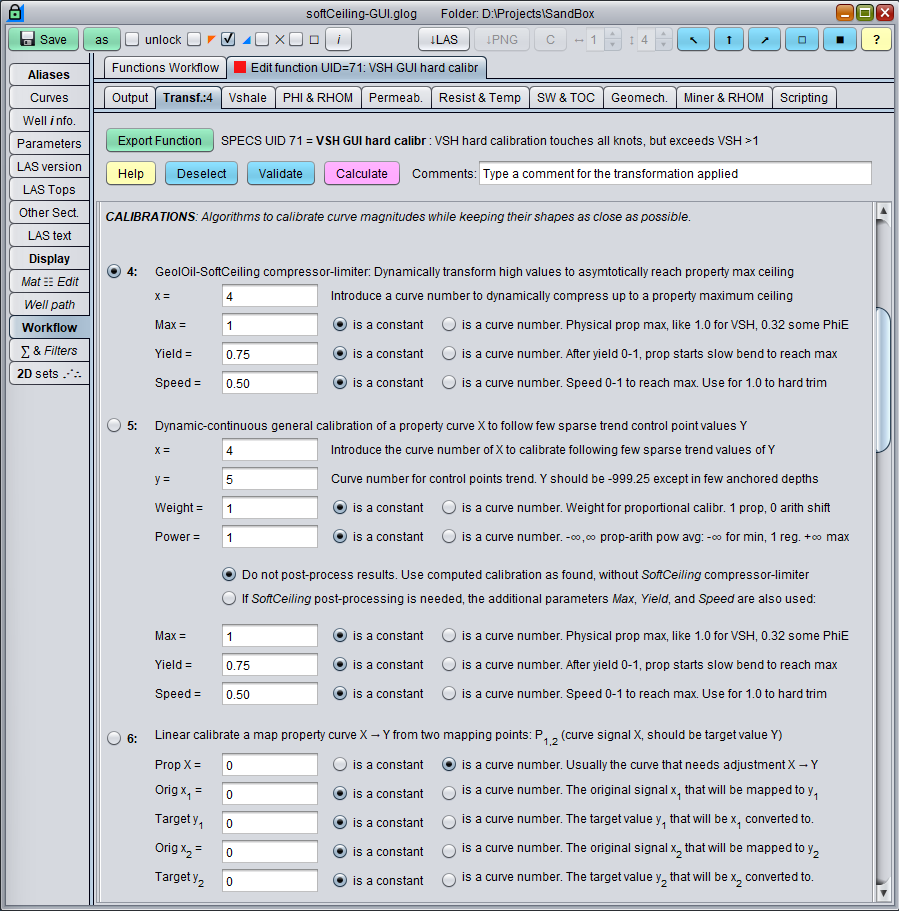 There are three parameters to specify for the adaptive soft-ceiling dynamic compressor: